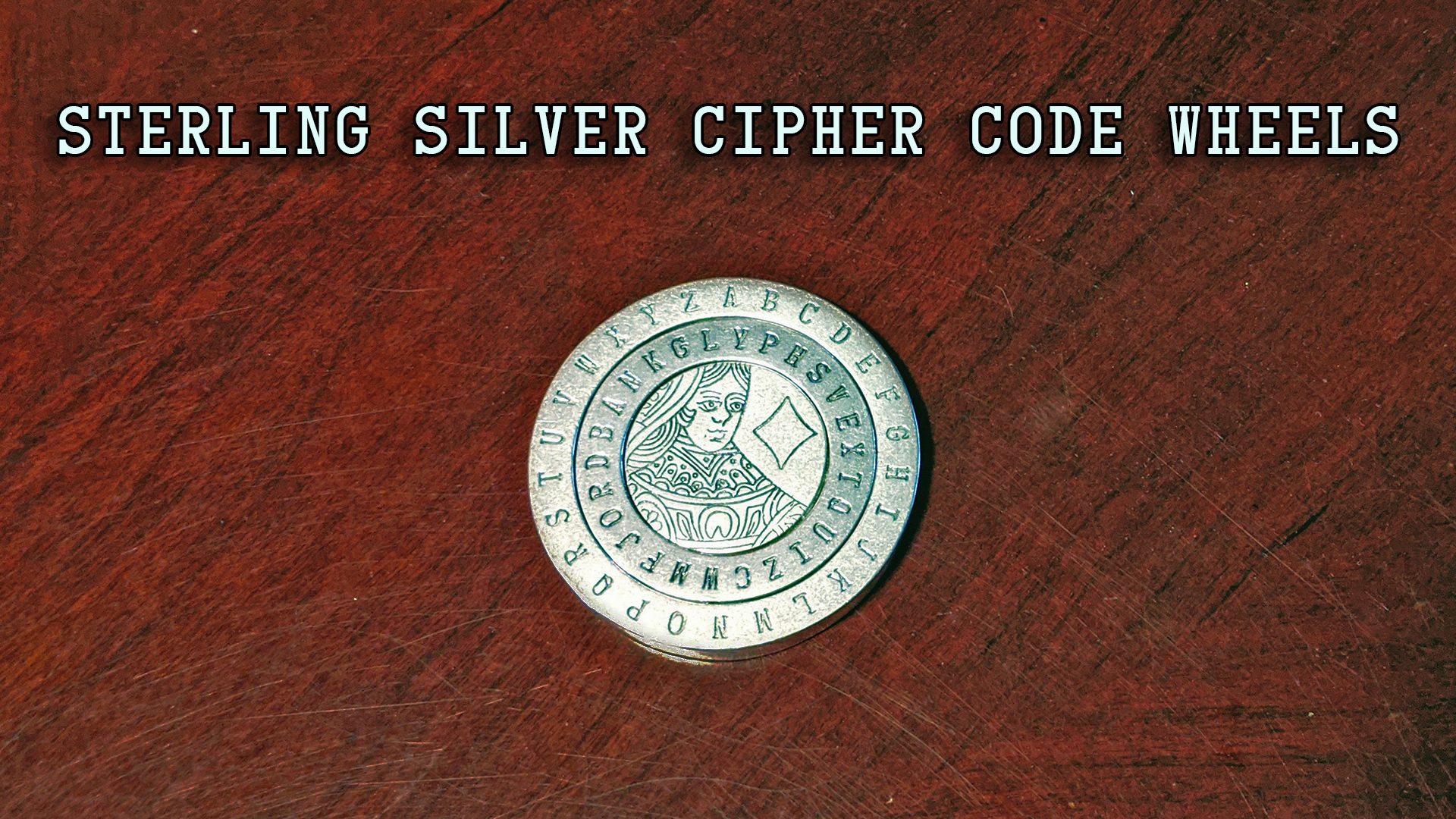 And the champions just received their solid silver medals for solving the series.

I wrote a book called Women In Tech that came out in 2016 which has become one of the top books on Amazon in their Career Guides lists, floating between top 10 and top 100 much of the time and is the #1 bestseller right now.

Let’s look back to the middle of 2015. I’d just run the biggest anthology Kickstarter of all time according to the project manager there who’d reached out to me as the site featured it as the Project Of The Day. The level of hatred and anger I’d seen directed at me — and the women I’d asked to contribute vignettes to the book — was at an all-time high. My first marriage had started to suffer. All I heard from the Internet was how much the right wing hated me for helping women who didn’t deserve to be in tech or making “a man’s salary”, and the left wing hated me for giving practical advice like “don’t wear a skirt to a sysadmin interview” instead of burning down the system. Conspiracy theorists thought I’d had it ghostwritten (trust me, you can’t pay a ghostwriter to pun as badly as I did while suffering through that first draft), and my job, my home, my cats, and my life were endlessly threatened.

I hated this fucking book. I hated it while I was writing it. I didn’t think that would happen. But I did. It was my biggest source of misery and success at the same time until my Foreign Policy article on cyberwar came out in 2018.

There was a secret in that book. It’s a secret that I’ve kept for half a decade, and while I’ve loved the wonderful messages and notes of support from people who’ve benefitted from this work, the puzzles I hid in it are the only unmitigated, unsoured, pure joy I’ve experienced in creating this Frankenstein’s Creature of a book.

Then some people noticed the codes and puzzles. A few people tried to solve them. Teams formed on Reddit and Twitter and Discord. And one small crew of four people finally journeyed to the end of the epic. And that’s how they won the secret buried treasure of pounds of precious silver.

Here’s what I’ve waited a half decade to say: some of the people I admire most in the world helped create these cryptographic challenges. Some of you might have heard of DEF CON and its incredible contests, games, and challenges. The globally-known creator of those puzzles, 1o57 (or as we call him, LosT) is the first person of whom I thought when my publisher said “You know, there will be some pages that back up against chapter openings that we like to do on the right hand side of a page spread; do you have anything you would like to put on the left hand side of the page?”

Then I thought to myself about the world I came from. Not as a professional, but as a kid coming from the comics, gaming, and geek world. There’s such beauty and joy in games, and one of the most famous designers in the world, Mike Selinker — president of Lone Shark Games, creator of the Pathfinder RPG card game, and writer for Dungeons & Dragons, Axis & Allies, Betrayal at House on the Hill, the Harry Potter CCG, and cryptic crosswords for the New York Times and much, much more — happens to be here in Seattle. I tracked Mike down and took him to lunch, and talked him into participating in these puzzles and games. Mike introduced me to Gaby Weidling, the pre-eminent Seattle-based escape room designer, the lead for the Magic: The Gathering’s Shadows Over Innistrad escape rooms, Maze of Games book developer, co-design lead on the Mummy’s Mask set for the Pathfinder Adventure card game, and instructor in puzzle design at DigiPen. She became the leader that drove this story and the coherent, sequential placement of the puzzles into the book.

I’ll give total credit to my editor, Hannah Elnan, at the Penguin Random House imprint Sasquatch Books, for her asking me the question one day, “say, do you want to do anything cool with the cover? We could add some kind of embossing or patterning if you like. Do you have any thoughts?” I sat on that question for a day or two, and then I had an idea. What if the cover had code on it?

What if the cover had REAL code on it?

What if the cover’s code was just the start of the puzzle journey?

When we tell people to start learning code or scripting now, we say “just learn Python.”

So, quaking in my stylish yet affordable boots, I emailed Guido van Rossum, the creator of the Python computer language, to ask him to contribute the Python code that is hidden on the cover of the Women In Tech book.

When the book came out, I saw Guido’s code, Gaby/Lost/Mike’s puzzles, and a hidden journey all the way through it.

And I silently waited.

One year ago today, on July 11th, 2019, I got the email with the solution phrase I’d been waiting for. That day, I met DA FREQS: wagwan piffting, JoyKil, variable.label, and cr4mb0. Find them on Twitter here.

I’d known I wanted to do something really special for the winners. I collaborated with two amazing humans to make the prizes. My lovely (now) spouse, Deviant Ollam is a physical penetration specialist, an artist, and the person with the original idea and sketch for these cipher wheels. My friend Jon Callas is a brilliant and kind human, Senior Technology Fellow at the ACLU, one of the greatest living cryptographers — if you enjoy full disk encryption and email privacy then feel free to send him a thank you note — and he worked with me to create the crypto for the silver cipher wheels.

The wheels are elegant, complex but decipherable, and about 5 ounces of solid silver each. The winner wheels contain a pangram of a 26-letter English sentence.

I’m a writer, not a filmmaker, but I’m married to one. Deviant not only was the manufacturing lead on the silversmithing with the STL files (side note: manufacturing physical materials is both hard and time-consuming), but also made this video of me explaining what the puzzles represent and how they led to the silver cipher wheels that became the prizes for finding — and solving — the epic cryptography journey in my book.https://www.tarah.org/media/d93e1ef54659c9d2319231372b8a4153The Secret In The Book: Cipher Wheel In Silver

This all makes me so proud.

Learn more and create your own codewheels here at my GitHub where I have the STL files you can mix and match for 3D printing or physical manufacturing.

HERE THEY ARE, THE CHAMPIONS! Here you can see the 4-person team who spent years painstakingly pulling these puzzles apart and solving them. Spending time with the four winners, Mike, Gaby, Jon, Guido, and LosT as well as my lovely husband was basically the Video Meeting To Rule Them All.

JoyKil (MaryBeth Panagos) said “The community around cryptographic puzzles is a welcoming and progressive one. At first, I’d joined this community anonymously, not wanting to be known as a woman. Over time, I found a crew who encouraged each other — no matter our gender — and found joy in the journey — exploring rabbit holes and ideas as we homed in on these solutions.”

Everyone got to meet each other, and the puzzle designers were thrilled to hear how much the winners agonized over the puzzles before finally solving them! It was an honor to be in this meeting and I am so filled with joy over this whole project. Much love to you all.